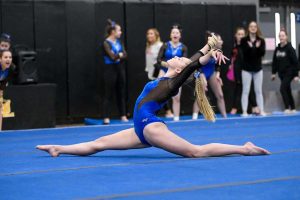 Southington got a number of strong performances to earn a title in Class L. David G. Whitham – Hearst CT Media.

It begins with many runs at the Floyd Little Athletic Center and wraps up with the “Run To The Sun” and the “Road To The Whale.” Of course the “it” is the CIAC winter championship season, and it is underway. Thirty-seven teams will lift CIAC championship plaques and there will be stories on those and many others throughout the winter. Linked Up – Winter Championships 2020 will have all the great championship stories and corresponding emotion right here. 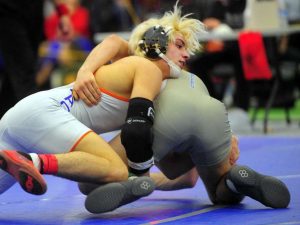 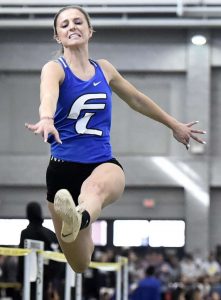 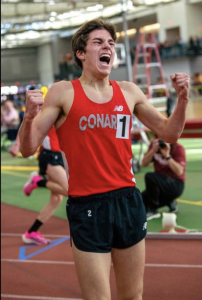 CHESHIRE, Conn. – For the first time the CIAC will host a Girls Wrestling Invitational Tournament in conjunction with the CIAC Wrestling State Open February 28-29 at the Floyd Little Center in New Haven. This marks the first CIAC organized event solely for female wrestlers. The Invitational will crown winners in 10 weight classes, and… END_OF_DOCUMENT_TOKEN_TO_BE_REPLACED

CHESHIRE, Conn. – Due to the forecast of inclement weather, there have been changes to the schedules for the New England Wrestling and Indoor Track & Field Championships. Competition on Saturday at the New England Wrestling Championships will now begin at 10 a.m. and the schedule will also eliminate all breaks in the competition when… END_OF_DOCUMENT_TOKEN_TO_BE_REPLACED

Posted on October 6, 2018 by Matthew Fischer

Schedules for 2018-19 winter sports have been posted on the CIACsports.com site. To view a schedule for any school or specific team, or a statewide master varsity schedule for a sport, visit the main schedule and results page of the site.

Just like that, it’s over. Thirty-seven stories and a month or so after it started, the 2018 winter championship season has come to a close. From track to basketball, gymnastics to hockey all the championship stories are right here in one place. Relive another wonderful championship season. Kudos to all the athletes who took part… END_OF_DOCUMENT_TOKEN_TO_BE_REPLACED

CHESHIRE, Conn. – Due to the threat of inclement weather beginning this evening the schedules for the CIAC Wrestling Divisional Championships have been altered in an effort to conclude the meets at an earlier time. In the Class LL meet at Trumbull High School the finals will begin at approximately 4 p.m. The finals for… END_OF_DOCUMENT_TOKEN_TO_BE_REPLACED

After more than a month and a half, way too much snow, and a lot of great competition the 2017 CIAC winter championship season has concluded. This championship edition of Linked Up features 36 stories of state title winners, and hopefully many more memories those student-athletes will never forget. Thanks for reading along and for all… END_OF_DOCUMENT_TOKEN_TO_BE_REPLACED

Posted on November 3, 2016 by Matthew Fischer

Tournament packets for boys and girls basketball, boys ice hockey, girls gymnastics, outdoor track, boys swimming and wrestling have all been posted and are available for download. Tournament divisions for these sports for the upcoming season can be found on each sport’s mainpage. Basketball (Boys) Basketball (Girls) Gymnastics Ice Hockey Indoor Track Swimming (Boys) Wrestling

Below is the schedule for the 2016-17 winter rules interpretations meetings provided to CIAC by officials’ organizations and leagues. CIAC rules and regulations require head coaches or their designee to represent your school at these important meetings. Other coaches are encouraged to attend. If your coach cannot make the meeting in your area, I am… END_OF_DOCUMENT_TOKEN_TO_BE_REPLACED