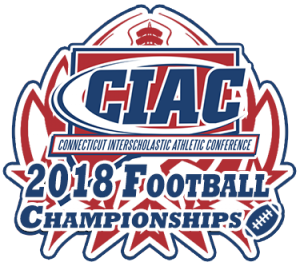 The schedule changes come as a result of heavy online ticket sales for the Class LL final creating concerns of the ability of the site to accommodate multiple high-attendance games at one venue. Maintaining the 10 a.m. and 2 p.m. timeframe provides the possibility of viewing games at multiple venues. The CIAC football committee chairperson, CIAC football tournament director, the host athletics directors who graciously offered their sites on short notice and CIAC staff all agreed on the decision to vary from the plan of having two football championship sites given the circumstances in this instance.

“CIAC policy remains to not alter championship predetermined venues or schedules based on the geography or requests of the participants, but in this instance the circumstances of having a predetermined site change late in the process and another venue becoming available led to the decision to make this change,” CAS-CIAC Executive Director Glenn Lungarini stated. “As always, the focus is on providing the best and most appropriate championship experience possible for the qualifying teams, and we believe this decision provides that opportunity and we are grateful for those facilities that have offered their sites for our championship contests.”

Online tickets for all four CIAC football finals can be purchased at http://tix.ciacsports.comand tickets already purchased for the games affected by these changes are still valid.