CIAC is presenting the 25-player CIAC Boys Basketball All Century Team. The final five names revealed are featured below. Players are listed with their name during their high school career, their graduation year and school. The All Century teams were compiled with input from select past and current coaches, veteran high school basketball writers and others closely associated with Connecticut boys and girls basketball through the decades. 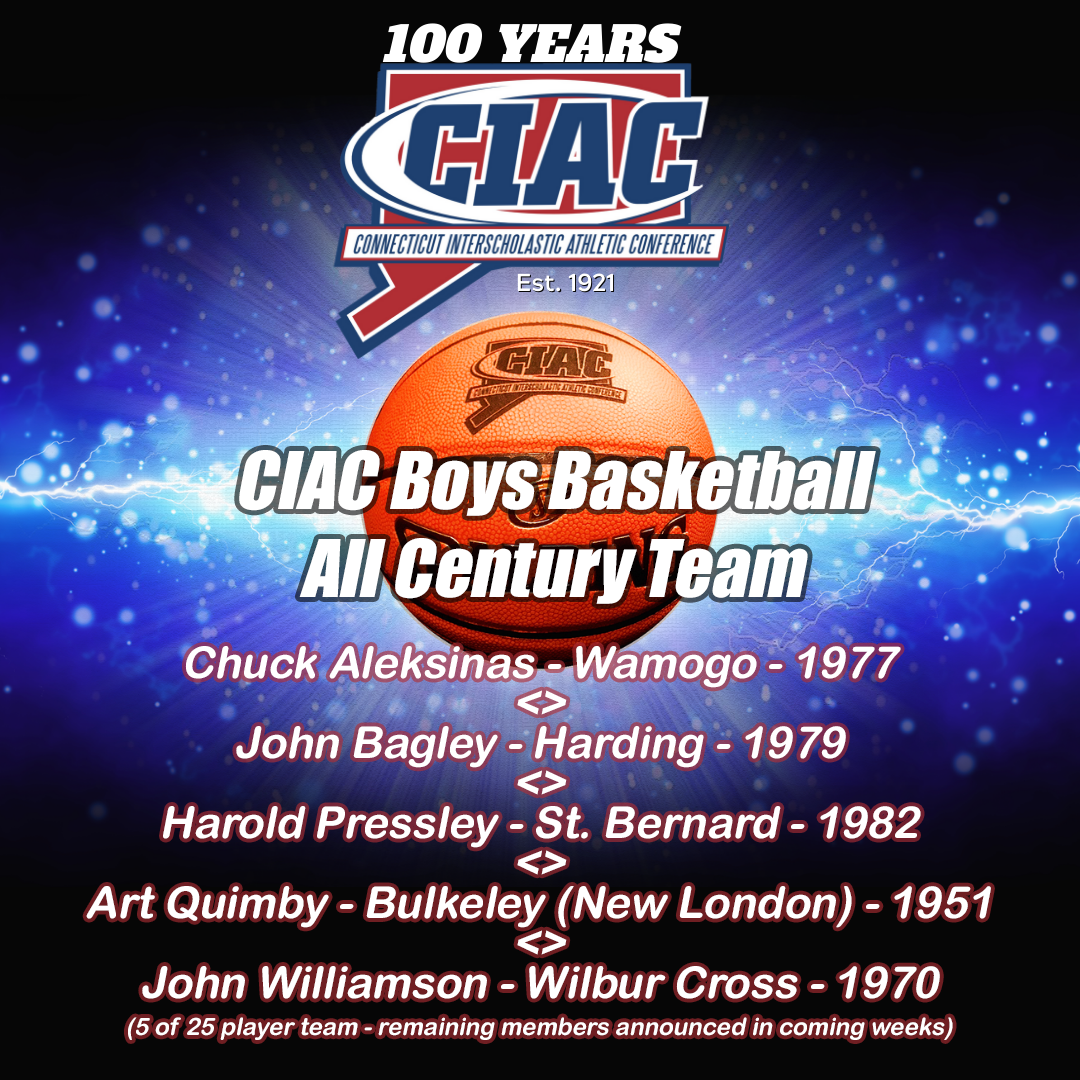 Individual statistics along with All State and All-American accolades weighed heavily in the selection and team success and state championships won were also a significant factor. Players who did not graduate from a CIAC member school were not eligible, and the girls All Century team only features players that competed after CIAC began sponsoring girls basketball championships in 1974. Post high school accomplishments (college and pro) were considered only when necessary as a tiebreaker between two similarly accomplished players. When evaluating career scoring totals consideration was given to whether the players competed in an era in which the 3-point shot was in effect which came to Connecticut in the 1987-88 season.