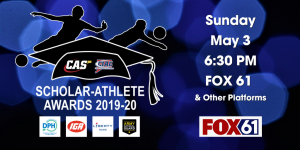 Every year since the spring of 1984, CAS-CIAC has brought together some of the best and brightest high school athletes in Connecticut for the CAS-CIAC Scholar-Athlete Banquet. The schools choose two seniors whose academic and athletic careers have been exemplary, whose personal standards and achievements are a model to others, and who possess high levels of integrity, self-discipline and courage.

That is roughly 11,000 exceptional seniors over the course of more than 35 years. That is a staggering number of astonishing resumes, inspirational journeys, fearless leaders, athletic prowess, model students, and more. The great realization of this event is that every student honored this year, and in the past, has their own unique set of achievements and their path to this honor is theirs only. And they all are special. With this year’s Scholar-Athlete Banquet being held virtually for the first time due to the COVID-19 pandemic, we can’t tell the stories of all 360 honorees, but we’ve chosen a few of this year’s honorees to highlight with some noteworthy details below. They provide a good cross section and sampling of the impressive variety of the stories and achievements that are part and parcel with being a CAS-CIAC Scholar-Athlete. 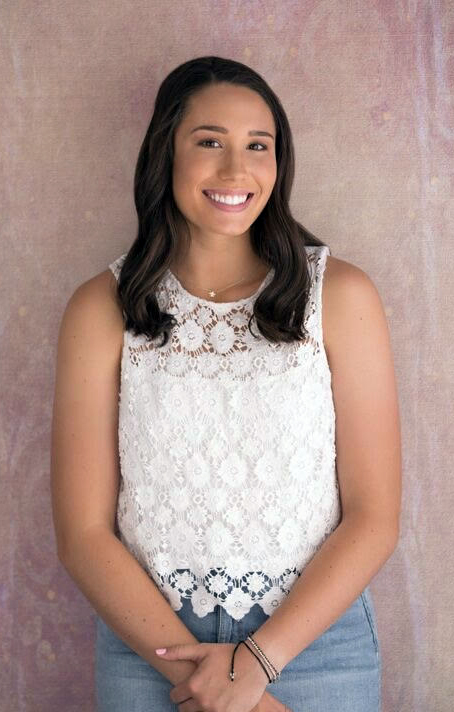 It’s probably too strong to say that Lindsey Abramson was born to be a Scholar-Athlete, but it has become clear that recognition for athletic and academic achievement is in her blood. The girls volleyball and softball standout for Cheshire follows her sister Abby, who was one of Cheshire’s Scholar-Athletes in 2017 after her stellar softball and soccer career. And a generation prior the good athletic and academic genes were on full display at St. Joseph when Lindsey and Abby’s mother Anne Marie (then Anne Marie Vitka) was honored as a Scholar-Athlete in her senior year in 1986. A family tradition.
Matt Consorte – Notre Dame-West Haven 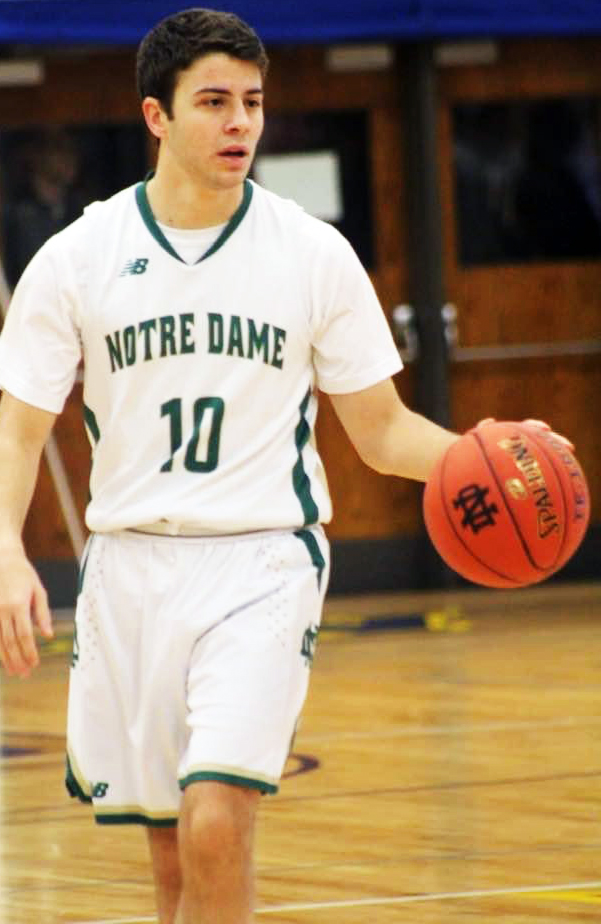 What exactly is in the water at the Consorte household? Matt Consorte, and his twin brother Michael, are near the top of the academic rankings for the Notre Dame of West Haven Class of 2020. Both brothers have been successful enough to earn the privilege of going from one Notre Dame to the other as the pair will attend the University of Notre Dame next fall. A two-sport athlete and captain, Matt contributed to successful soccer and basketball teams this year. Matt’s efforts as a soccer captain helped the team persevere through a winless 2018 campaign to an eight-win effort this year, while he also played a key part in the success of the Green Knights basketball team that went 21-2 through the regular season and conference tournament.
Cassandra Barbino – Nonnewaug 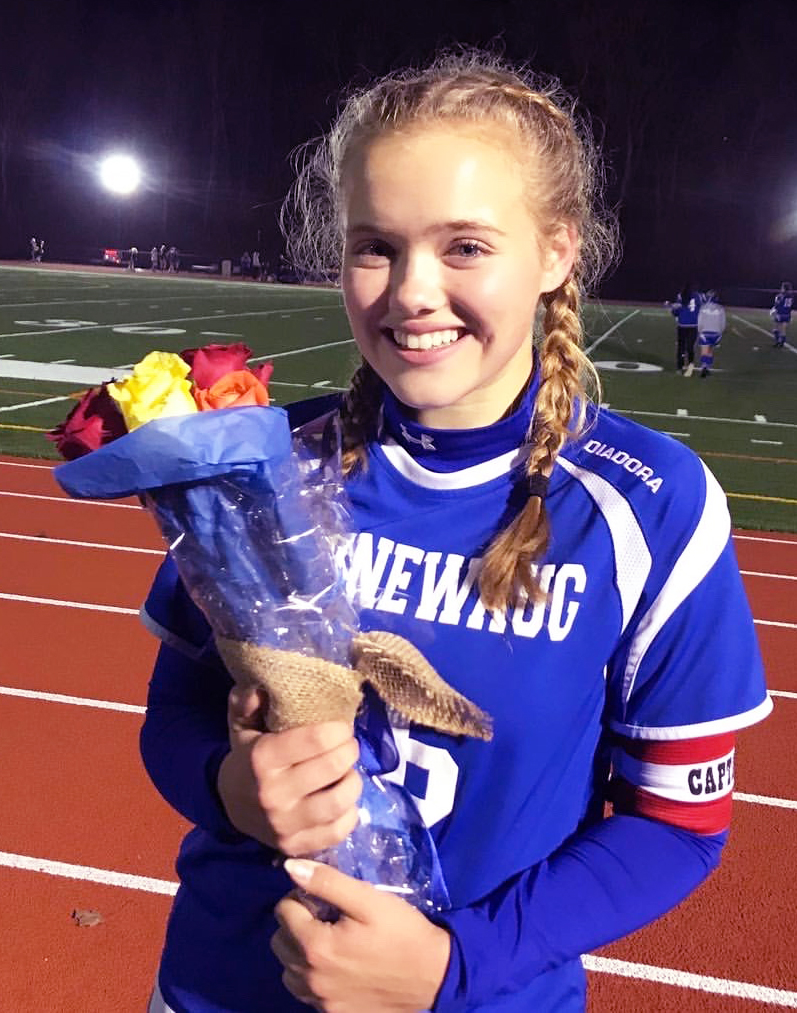 Sometimes the resumes of these Scholar-Athletes just leave you shaking your head and wondering how on earth they find time in the day to take part and excel in so many different thing. Cassandra Barbino found the time to play soccer, gymnastics, and track and field for four years, earning All-Berkshire League, and All-State accolades in soccer. She was also the class valedictorian, participated in numerous clubs, regularly performed community service, and worked during the weekends. Because clearly she needed to find something else to fill up the time.
Andrew Feruollo – East Catholic 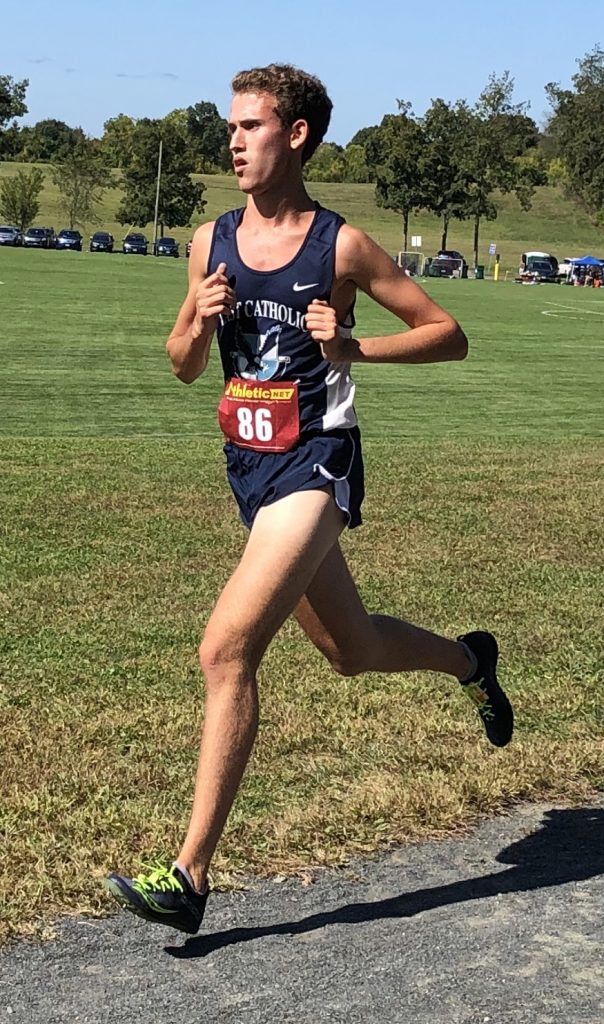 Andrew Feruollo is not alone among student-athletes in wanting to find a way to help during the COVID-19 pandemic. But the three-sport athlete and standout student’s approach might be a little different than others. The senior joined with friends and used his particular set of skills to build a website committed to helping small businesses struggling during this time. The site matches together volunteers offering their services and businesses in need of help and stemmed from Feruollo’s desire to give back. An impressive commitment to helping others, matching the impressive work he has also done athletically and in the classroom.
Sarah Meade – Southington 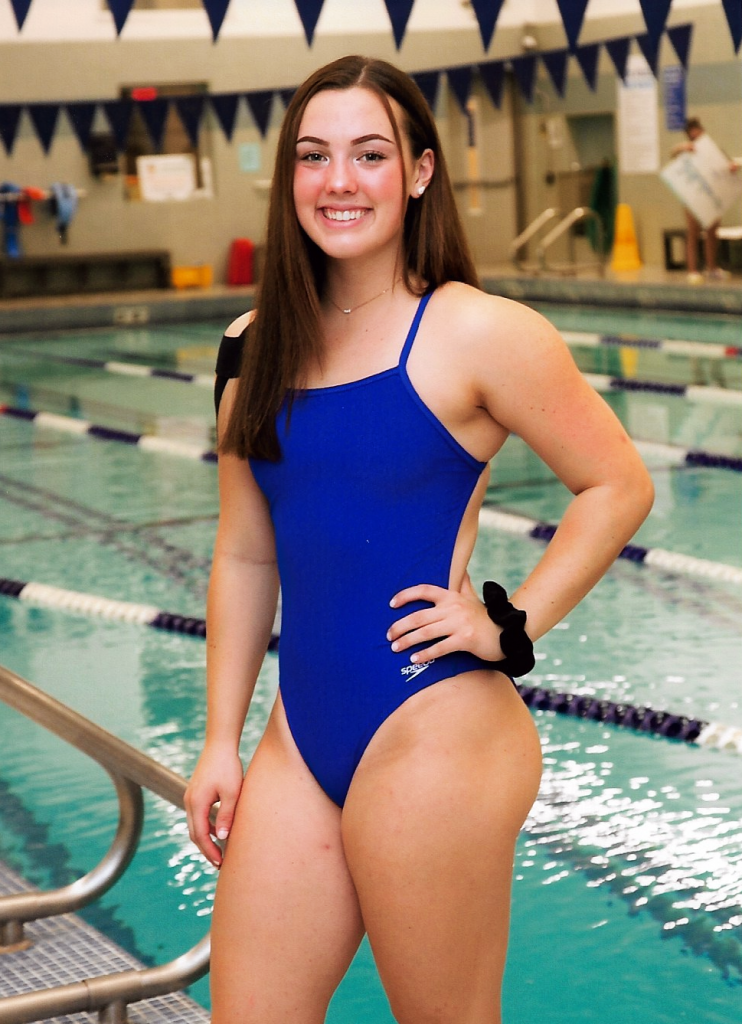 Maybe it shouldn’t be surprising that a swimming finished atop her class academically. The whole sport is about getting to the wall ahead of your competition. But Sarah Meade’s high school athletics career was more than just swimming. She got the full interscholastic experience playing volleyball and competing in track while swimming on the boys team her first two years. Finally she settled into the girls swim team, using some of those competitive instincts to be a part of several school-record relay teams. And yes, those same swimming instincts to beat everyone else to the wall helped her rank first in her class academically.
Jack Freedenberg – Canton 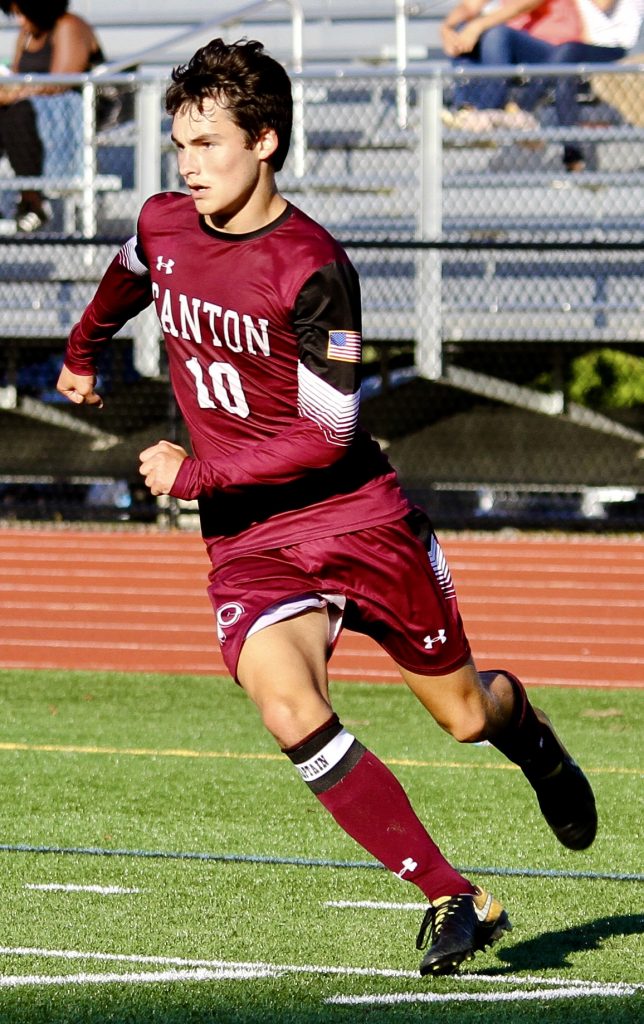 Injuries are a part of sports. Yet injuries that derail an All State soccer player late in his senior season are particularly devastating. That is what Jack Freedenberg dealt with, yet he still showed up to every game and practice to take his role as a team leader seriously. Then, he wasn’t going to let the possibly season-ending injury keep him from another senior curtain call. He rehabbed and found his way back to the mat midway through his senior wrestling campaign. Despite the injury severely hampering his mobility, he adapted and finished as an All Conference performer while earning a trip to the State Open by placing at the Class S Championship.
Sabrina Porter – Aeorospace 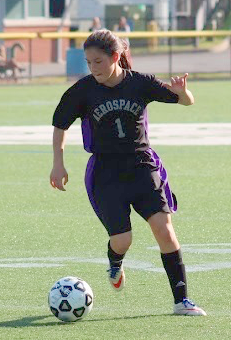 Sabrina Porter made a high school career of overcoming obstacles. Actually, overcoming is probably not a strong enough word — conquering is perhaps more apt. The basketball and soccer player took on the challenge of a diabetes diagnosis which came during her freshman season, and has still managed to thrive athletically. And speaking of thriving athletically, some of that took place as a key member of the boys soccer team, where she was described as “the queen of the field” in a Hartford Courant profile and never backed down from the competition. She’s conquered and now she’s added Scholar-Athlete to the list of achievements.
Matt Pettit – Lyman Hall 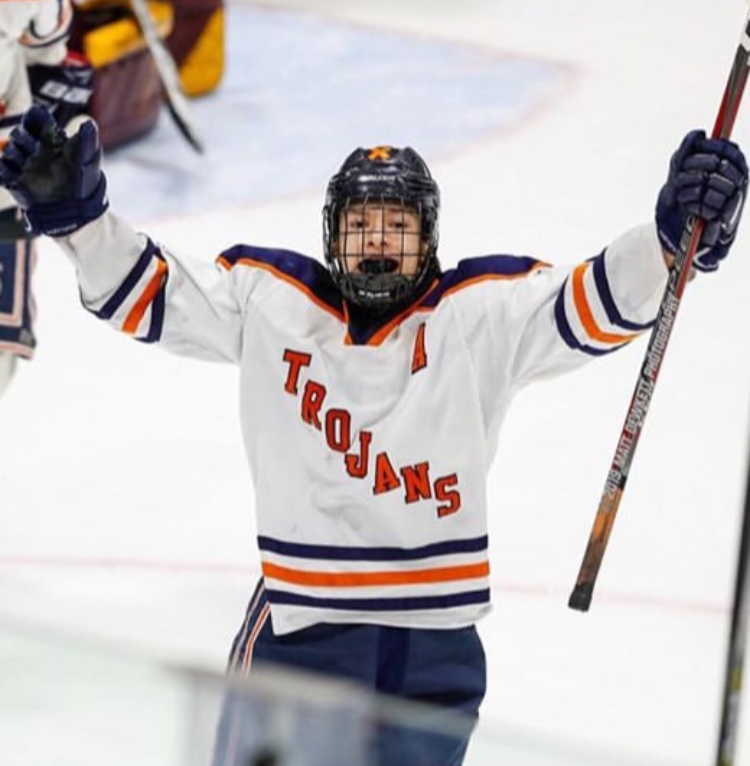 A two-year captain on the lacrosse and ice hockey teams, his work ethic in both his sports and the classroom helped him earn Scholar-Athlete honors as well as a hockey state championship. Yet the greatest testament to the unselfishness that permeated Matt Pettit’s approach to school and sports was the joy he took from the opportunity to share his time as a high school athlete with his two freshmen brothers who joined him on the hockey team his senior year. They saw firsthand his leadership and commitment, and in turn he demonstrated how helping others succeed can be the most rewarding part of being a part of a team.
Kenna Riley – Norwich Tech 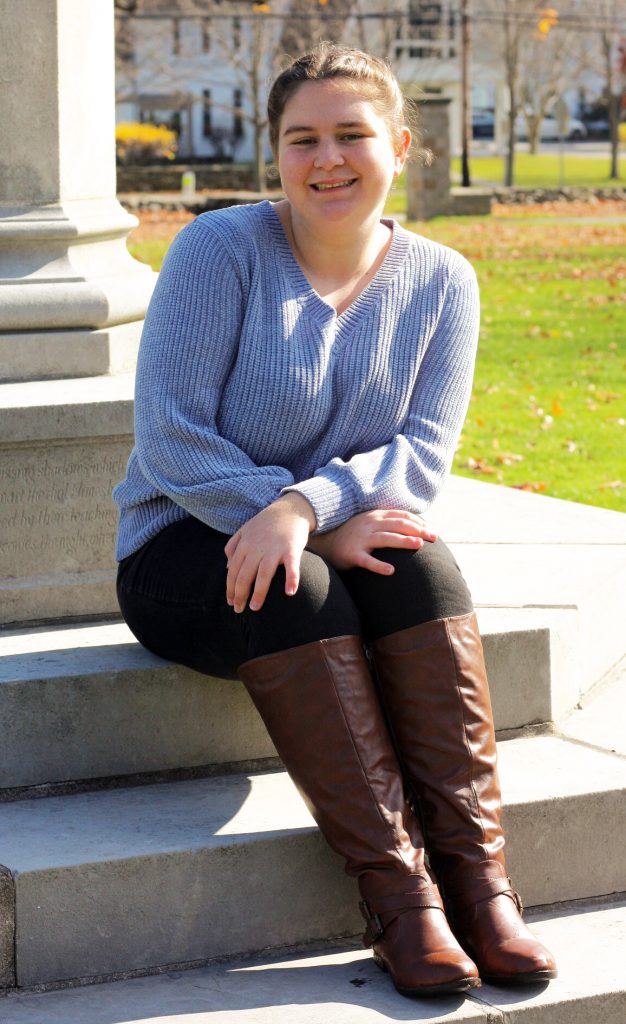 In sharing the staggering list of achievements Kenna Riley has put together in her senior year, they were submitted in numbered form. While the number of accomplishments was impressive (the list got to number 14, by the way) just listing a number gives short shrift to a student leader who has thrown herself into each of those 14 numbers. Whether it’s her efforts as a soccer co-captain, already earning a CNA license, finishing as the Norwich Tech salutatorian, being recognized for her sportsmanship, the number is far less important than the impact created by a Scholar-Athlete getting the absolute most our of her high school career.
Ben Roy – Wamogo

He has accomplishments aplenty in the classroom — where he is the class Salutatorian — and athletics where he earned the coaches awards in both basketball and cross country along with most improved player in basketball as a junior. Roy also earned acclaim for his efforts becoming an Eagle Scout when he completed a 110-hour project establishing a flag retirement burn pit, a project that he wholly orchestrated and allowed him to serve in a significant leadership role. Speaking of orchestras, he’s also an accomplished trumpet player .
Sophia Talwalkar – Darien 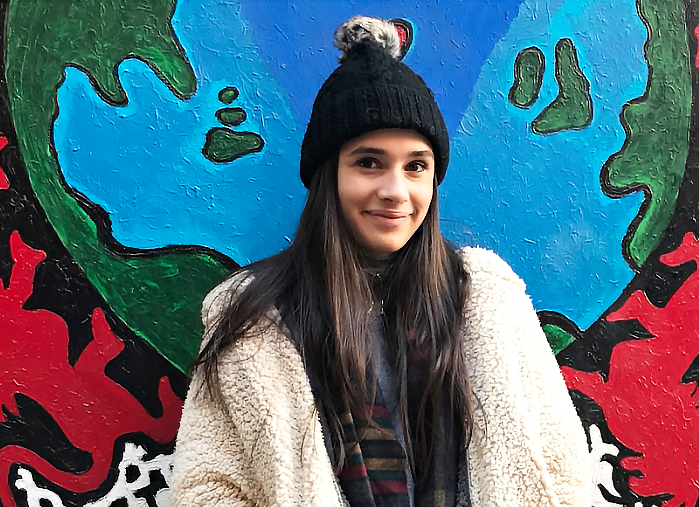 Many athletes can leave us amazed with their abilities on the court during the course of a game. Sophia Talwalkar is one of a rare breed who can just as easily amaze before the game begins. A senior captain for the Darien girls volleyball team — where she helped propel the team to the state title match as a junior — she would occasionally demonstrate some of her varied skills by singing the national anthem prior to matches. Along with her academic prowess, Talwalkar has been a fixture in Darien’s school musical productions, showing that student-athletes don’t have to limit their jaw-dropping performances to the field of play.
Walden Yan – Avon 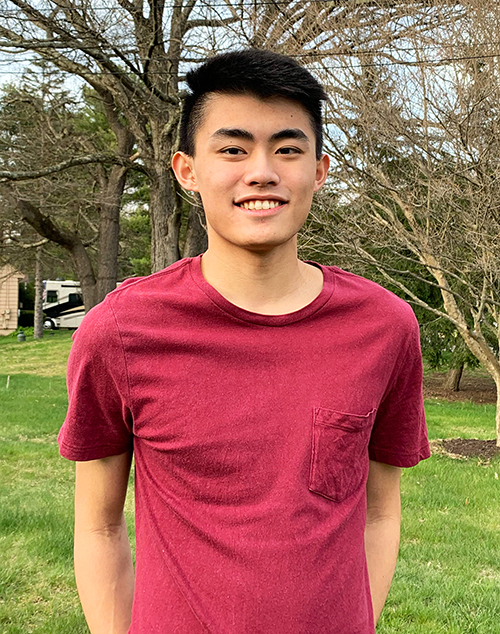 Do you need a four-year competitor for your highly-successful boys tennis team? Walden Yan can do that. In fact, he can play second doubles for the team that reached three consecutive CIAC finals. Do you also need an exceptional student and leader who excels in a variety of subjects, who plays a critical role in your school’s math team, who takes on a leadership role in student government, who takes part in model United Nations, who helps direct other students to community service activities, who served as an assistant teacher and actually taught the school’s AP Calculus class? Yes, Walden Yang can do all that as well.
Filed Under: Featured, News
← CIAC Spring Sports Update
CAS-CIAC Holding Virtual Scholar-Athlete Banquet →