Athletes Come Together In Support Of Charitable Cause 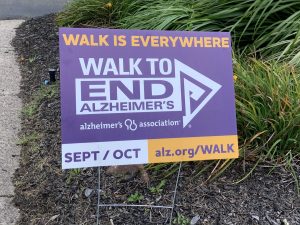 Amidst uncertainty, disruption, and disappointment no one would blame high school athletes for reverting to self-pity and withdrawing. Yet the self-motivation, competitive drive and teamwork that are undoubtedly part of the makeup of high school athletes has led to something else. It has led many, and we do mean many, teams to turn at least some of their attention to a noble fundraising cause.

Dave Ruden never expected this. The eponymous director of TheRudenReport.com — a website dedicated to covering high school sports in Fairfield County — thought maybe he would get a handful of Fairfield County Interscholastic Athletic Conference (FCIAC) teams onboard when he began publicizing an opportunity for high school teams to take part in the Fairfield County Walk to End Alzheimers. There are seven fundraising walks taking place in different counties across Connecticut in late September and early October, and each serves as a valuable fundraiser for the Alzheimer’s Association.

Ruden is a co-chair, along with his brother, for the event in Fairfield County and the cause is near to his heart. His mother is afflicted with the disease so he has witnessed firsthand how challenging it can be on those who suffer and their families. He thought his connection with many athletes, coaches and administrators could help spur interest in the Fairfield walk.

“I expected to maybe get a handful of teams to sign up, just by reaching out directly to athletes or coaches I know,” he explained. “My goal was maybe forty teams participating. What has happened is absolutely incredible.” 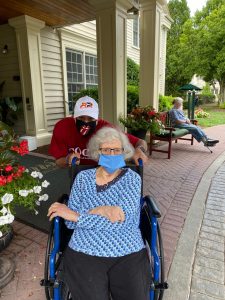 ‘What has happened’ is that athletes and teams responded to the efforts of their peers and have rallied around this cause. As of this writing, 109 different teams from the FCIAC have signed up to take part in the walk, with $12,620 raised already. Nearly each of the 16 FCIAC schools has at least one team registered to participate, with Staples High School leading the pack with 16 teams taking part. From swimming to softball, cheerleading to cross country, basketball to boys and girls lacrosse, just about every high school sport has some representation.

There is no minimum fundraising total or fee for registering for the event — those who sign up are just encouraged to fundraise as much as possible. Ruden said those 105 teams will raise a considerable amount of money for the cause.

“The athletes keep saying to me ‘thank you for the opportunity,’ which I can’t believe, I should be thanking them,” Ruden said. “This speaks so highly of these kids and their interest in helping this cause.”

Anyone familiar with high school sports likely isn’t surprised by the generosity, selflessness and commitment to good works from these athletes. Attend a high school game anywhere at any time and you are likely to see a fundraiser of some kind. Whether the proliferation of pink uniforms or equipment in October supporting cancer causes, or teams and fans raising money to support individuals in their own communities, it’s common for the world of high school sports to benefit a good cause. It might be common, but that doesn’t make it any less commendable. And to see the organization and scale of the FCIAC athletes supporting this particular cause is striking, though perhaps not surprising.

There is a healthy competitiveness and yet partnership among leagues and conferences in Connecticut high schools that helps contribute to great efforts like these. Athletes compete like heck against each other all season, but then they attend leadership conferences together and work together to address concerns. It’s not unusual to see league rivals supporting each other come state tournament time. That league pride, when directed in a positive way, can lead to something like the overwhelming fundraising achievement on display this summer and fall. 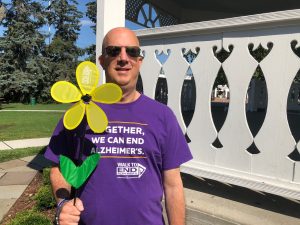 It’s that same cooperative competitive spirit that Ruden hopes will see the efforts of FCIAC teams inspire other schools and teams around the state to also take part in this endeavor. There are walks in Eastern Connecticut, New Haven and Enfield on September 26; Central Connecticut and Northwestern Connecticut on October 4; and a Hartford walk along with the Fairfield County event on October 11.

Like most everything else in 2020, the walks will look different this year as those signed up can create and walk their own route to allow for social distancing — though Ruden expects that many of the teams signed up will walk together. Information about registering to take part in the event can be found at: alz.org/walk.

Whether the number of high school sports teams signed up for the event ever moves past the current total of 106 or expands beyond Fairfield County, it’s impossible to call support of a worthwhile cause anything but a rousing success. And it’s a reminder that the accomplishments on the playing fields are amazingly the least impressive and important thing high school students do.