The matchups for the first Cecchini Challenge have been set with tipoff times and ticket information to be announced at a later date.

The creation of a Rhode Island/Connecticut basketball event has been in the works for the last decade.  RIIL Executive Director Mike Lunney attended the 2022 CIAC State Basketball Championships at Mohegan Sun to get an up-close look at the arena.

“The Rhode Island Interscholastic League (RIIL) is pleased to participate in what we hope will be an annual event in collaboration with our friends at the Connecticut Interscholastic Athletic Conference,” said Lunney.  “The Cecchini Challenge will be a tremendous opportunity for student athletes and fans of high school basketball to be part of an environment that will be filled with fun and excitement during the holiday season.”

“The CIAC values the relationships formed through interscholastic athletic competition. The CIAC is grateful for the RIIL’s collaboration in bringing this longtime dream to a reality,” said CAS-CIAC Executive Director Dr. Glenn Lungarini. “Also, the CIAC and RIIL are proud to partner with the Mohegan Sun Arena to offer our student-athletes a world-class experience in an amazing environment run by world-class people. While the games are sure to provide excitement and energy to everyone involved, it is the lasting memories and friendships forged by the student-athletes sharing the court that we (CIAC, RIIL, and Mohegan Sun Arena) are most proud to provide.”

The Jiggs Cecchini Holiday Basketball Challenge is named in honor of Robert “Jiggs” Cecchini, the retired Suffield High School principal, athletic director and coach who served as the longtime chairperson of the CIAC Boys Basketball Committee and was the driving force behind moving Connecticut’s basketball state championships to Mohegan Sun. 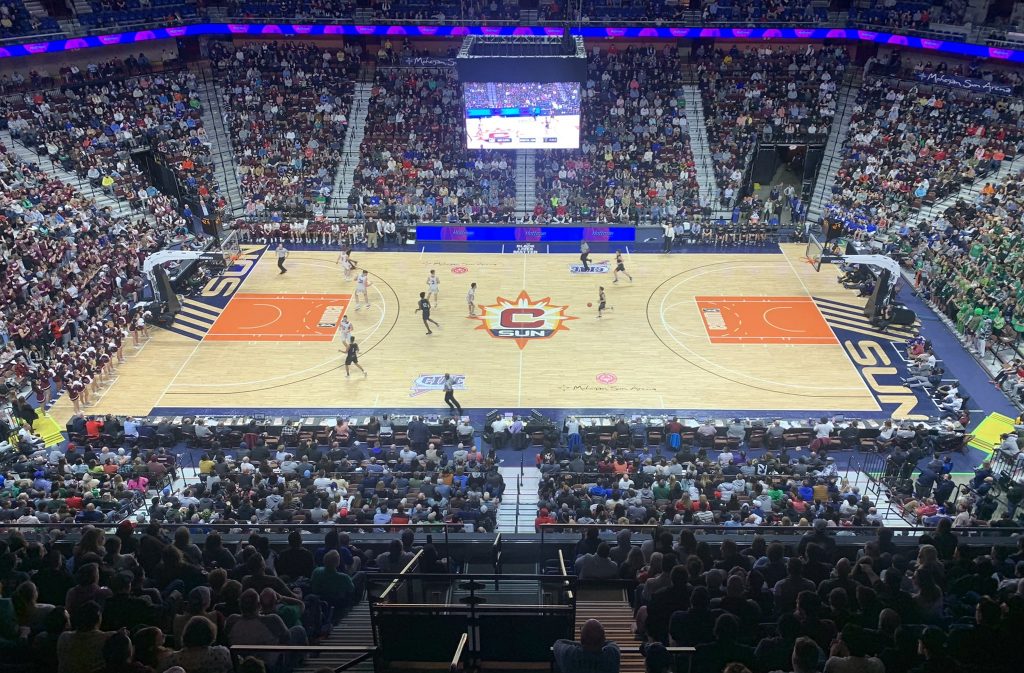