Posted on September 7, 2012 by Matthew Fischer 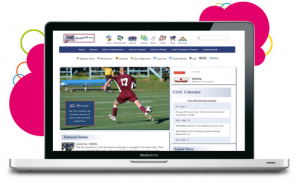 CHESHIRE, Conn. – The Connecticut Interscholastic Athletic Conference announced the launch of a redesigned website at CIACsports.com. The updated site is designed to serve as a valuable information tool for all CIAC constituents, featuring game schedules, rosters, results and information on both regular season and CIAC tournament competition, along with original content and a portal to relevant stories from sources around the state and across the nation.

The Connecticut Association of Schools is also in the process of creating a new website which will launch later this fall. The web presence of CAS and CIAC were previously combined under one site, but the depth and breadth of information being shared drove the decision to split into two standalone sites.

“It is our hope that CIACSports.com will be a beneficial tool for everyone with an interest in or link to Connecticut high school athletics, and serve as a vehicle to promote the successes of student-athletes and teams,” stated CAS-CIAC Executive Director Karissa Niehoff. “In terms of telling the positive CIAC stories, we want to be a vehicle that shares the great stories of interscholastic competition with as many people as possible. We also believe the new design makes it more intuitive to locate information.”

In addition the CIAC is now on Facebook at facebook.com/ciacsports, and will expand the use of its @ciacsports Twitter account in an effort to provide timely and useful information to the entire Connecticut high school sports community.

The redesign provides all the functionality of the previous site, including the Online Eligibility Center for school administrators and coaches, schedules, results and rosters for all teams, options to receive schedule changes and score notifications via e-mail and/or text messaging, and a directory of athletic information and contacts from member schools. The navigation system for the site has been completely redone with quick access menus for school administrators, coaches, officials, parents and student-athletes, making the most important information for each group easier to find.

The site will also feature exclusive content provided by the CIAC office and highlight interesting stories from media outlets around the state. Feature stories as part of the CIAC’s ongoing relationship with MaxPreps sports will be prominently displayed, and the CIAC.tv video portal which was launched last spring will provide extensive video coverage of events.