Posted on September 20, 2012 by Matthew Fischer 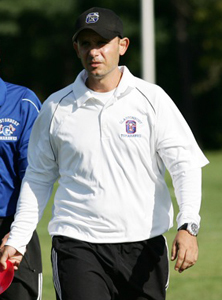 One sometimes expects to hear genius or masterful philosophy on building a championship program, that attaining the status came via a special system of plays and training that only the greatest coaching minds know about.

Success often comes from the simplest of things, first and foremost hard work. That’s been the case for the Glastonbury (Conn.) girls’ soccer program. They even practiced after last October’s freak nor’easter that dumped heavy snow on the region and knocked out power in some areas for over a week.

“We were out there running without soccer balls every single day,” Glastonbury coach Joe Finocchiaro said. “We went out on the turf to run and break up the snow. We shoveled.”

All that labor paid off for the Tomahawks as they won their first CIAC state championship after losing in six previous final appearances.