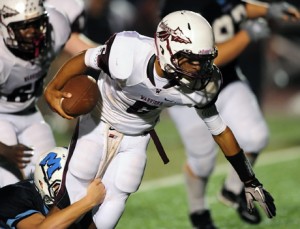 Windsor flipped the script the second time around, however, as it held on to beat New Canaan, 27-21, and avenge last season’s kick-to-the-stomach elimination loss.

“I think the difference (between the two games) was not panicking,” Windsor coachRob Fleeting said. “We were up 27-7 in the fourth quarter. Then, all of the sudden, within two-to-three minutes, crazy things start happening.

“I was telling everybody, ‘Calm down. Calm down.'”