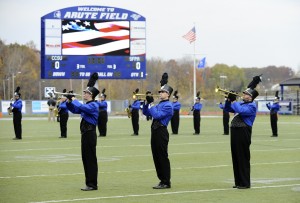 The first four championship games at Arute Field will take place Friday and Saturday December 13-14, 2013 with one game played Friday evening and three games on Saturday. The CIAC has held its football championships at Rentschler Field the last three seasons.

“The CIAC Football Committee is grateful to CCSU for their interest and support in hosting CIAC events,” CIAC Assistant Executive Director Paul Hoey stated. “CCSU is the perfect size to accommodate our spectators and creates an outstanding championship atmosphere. Their facility is one of the best in the state, and having a turf field available will allow for predictability with scheduling and field conditions.”

Following recent expansion, Arute Field now boasts a capacity of 5,500. It has a modern press box, state-of-the-art video board and the partnership with CCSU will also allow for expanded on-line ticket sales prior to the event.

“Central Connecticut State University is extremely excited to partner with the CIAC in hosting their football championships beginning this fall,” CCSU Director of Athletics Paul Schlickmann said.  “This is an exceptional opportunity for our institution to showcase our beautiful campus and our premier athletics facilities to upwards of 10,000 parents, student-athletes and high school sports fans from all corners of the state.  CCSU alumni have long been interwoven in the fabric and storied tradition of high school athletics in Connecticut.  There is natural synergy in this partnership on many levels and we are proud to bring these events home to Central.  We look forward to working with Karissa Niehoff, Paul Hoey and their staff and we are confident that the fans of Connecticut High School football will enjoy a first class experience at Arute Field.” 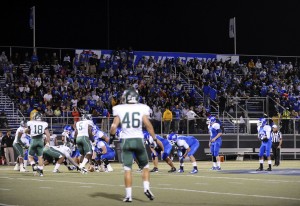 “The Committee simply believes holding the championship games at Arute Field provides the best experience and atmosphere for our student-athletes and fans and makes the most sense for our organization at this time,” Hoey explained. “Our relationship with Rentschler has been tremendous, and the decision to move to a new venue is not a reflection of any dissatisfaction with the people there or that experience.”

“We’ve always been pleased to host CIAC football championship games, and we are still open to working with state high school organizations and will work hard to be good partners for any events in the future,” said Jack Freeman, Director of Stadium Operations for Rentschler Field.