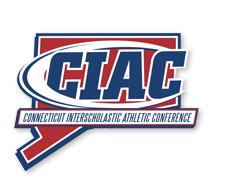 CHESHIRE, Conn. – The CIAC Football Tournament Press Conference has been rescheduled to Wednesday, December 11 at the AquaTurf Club in Plantsville. The time and schedule for the program remain the same as previously announced, with the program beginning at 11 a.m.

org)  . Media who have already responded to the original schedule do not need to e-mail again, unless they are now unable to attend.

Coaches and as many as 12 players from each of the eight schools competing in the CIAC football finals will be available for interviews at the event. The formal program will begin at 11 a.m. and will include remarks from each of the eight head coaches, and will last approximately 90 minutes. Following the formal program interviews can be conducted with players and coaches until the teams depart, at approximately 1:30 p.m. Interviews may also be conducted prior to the start of the formal program, depending on availability of teams, but cannot delay the start of the program.

The CIAC football championship games will be held Friday and Saturday, December 13-14 at Arute Field on the campus of Central Connecticut State University. Ansonia and Woodland will meet in the class S final on Friday night, followed by St. Joseph and Brookfield in the M final, Darien and New Canaan in L, and Southington and Fairfield Prep in LL all on Saturday. Â Additional information regarding media credentials and procedures for covering the finals will be released early in the week.

Due to the potential for inclement weather, media are advised to check CIACsports.com and the CIAC twitter feed @ciacsports for updates on possible postponement or cancellation of the Press Conference. A press release will also be sent out regarding any changes to the Press Conference schedule.