We Are The (Repeating) Champions 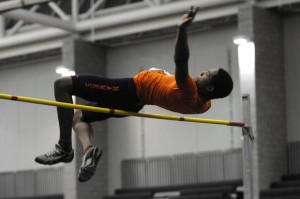 Amazingly, the CIAC winter championship season begins TODAY, with the Boys and Girls Class S Indoor Track & Field Championships getting underway at Floyd Little Athletic Center in New Haven. As in nearly all sports there are always programs that consistently excel and earn a large number of CIAC titles, many of them consecutively. That got us wondering, what school or program holds the current longest streak of consecutive CIAC titles. Once there is wondering, a research project can’t be far behind.

With the research complete, we gladly present the results listing the current longest streak of consecutive titles in each sport. One of the holders of the current longest streak will be putting it on the line in the coming weeks. For clarification, in sports with divisional and open championships we only considered streaks of one or the other, not both. So if a team won three-straight divisional titles and in year four won an open title, the streak is considered a three-year streak. Whereas consecutive open championships were considered a streak. Streaks were considered active if consecutive titles came within different classes from. Why these rules? Because it’s our list, and that’s what we chose to do. And we did consider the 2014 completed fall championships as part of the streaks, and there are five sports that have no teams currently winning titles consecutively.