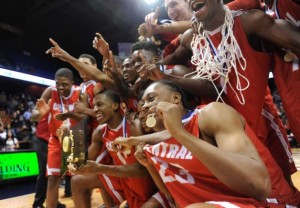 This season at least 32 teams in each bracket will compete for CIAC basketball titles. Tyler Sizemore – CT Post.

At its September meeting, the CIAC Board of Control approved a joint proposal from the Boys and Girls basketball, and Baseball Committees to allow teams with a winning percentage of less than 40-percent to qualify for CIAC Tournaments in order to fill the brackets to 32 teams if fewer than 32 teams reach the 40-percent threshold.

The Board approved the proposal for a two-year trial, beginning with the 2015-16 basketball season this coming winter and the 2016 baseball tournament this spring, and the policy will be reevaluated after the two-year period.

The Committees presented the following as the rationale for the change: