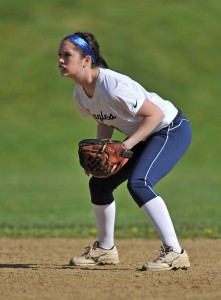 Barbara presented a proposal to the committee to honor longtime tournament director Judy Saxton.  Scott seconded Barbara’s motion – motion passed.  Beth has agreed to order a plaque; Judy will be honored at the Class L Championship game in June of 2016.

Barbara presented the tournament director’s report – All went very well in the four championship games.  Weather was a factor for first round games and the semi-finals; however, the weather was fine for the championship games.  There was discussion about the infield lip at DeLuca Field.  Barbara will discuss the need to remedy the lip problem with Bob Baird.  The tournament director’s report is filed and available to anyone wishing to read it.

North Haven and Maloney have fields that are available as back-ups in the event that either West Haven or DeLuca proves unserviceable.

There was considerable discussion on the use of electronic devices at CIAC tournament games.  The discussion was precipitated by a letter from Hank Koritkoski.  After a thorough discussion of the subject, it was decided to keep the language that is presented in the packet.  It was also determined that the present language in the packet related to “team personnel” should not be changed.  The packet will reflect the use of “run ahead” instead of “mercy” rule.  Scott will address that change with the softball coaches committee of the CHSCA.

The changes to the packet will be reflected in the 2016 softball packet.