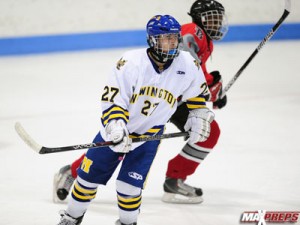 Minutes – By unanimous consent, the minutes of April 21, 2015 were approved with one date change noted.  Tom Neagle confirmed the future meeting dates and announced that the annual coaches and captains meeting will be held on Wednesday, November 4 at 7:00 p.m. at CIAC.  The remaining meetings are:  Thursday, March 3 at 12:15 p.m. (Penalty Review); Friday, March 4 at 9:00 a.m. (Pairings); Thursday, March 17 at 11:00 a.m. (Tentative hockey/boys basketball press conference at Aqua Turf); March 22 at 3:00 p.m. (Division Placement); and April 12 at 3:00 p.m. (Division appeals and the annual review).

Correspondence – There were no formal letters that needed action by the committee.

Old Business – Tom Neagle reviewed and updated the status report which had to be revised because of the penalty parameters approved by the committee.  A summary of the report is as follows:  17 schools received “Letters of Commendation”, 3 schools were placed on probation and 1 school that was on probation in 2014-15 will remain on probation for the 2015-16 season.  This information is invaluable and allows the committee to monitor the sport on an ongoing basis.  By unanimous consent, the corrected version of the status report was approved.

2015-16 CIAC Tournament Packet – George distributed the draft of the edited version of the packet which saved the committee significant time in reviewing and updating the 2015-16 tournament packet.  After all the necessary revisions, additions and deletions were made and discussed, the 2015-16 CIAC ice hockey tournament packet was approved by unanimous consent.

New Business – NFHS Rules Changes for 2015-16 – Tom Neagle, a member of the NFHS rules committee reviewed the rule changes and points of emphasis.  In its ongoing attempt to minimize the risk of injury in the sport of hockey, the penalty structure has been revised to provide options for more stringent penalties when situations warrant.  Specifically, cross checking, elbowing, goalkeeper contact, kneeing, slashing, tripping, and roughing all had options for a two-minute minor or a five-minute major penalty.  All of these fouls now ADD an option for a Game Disqualification when an action of a player calls for it.

Grabbing the face mask and head butting had options for a five-minute major penalty or a game disqualification.  These fouls now ADD an option to call a five-minute major plus ten-minute misconduct.  Holding, hooking, interference/obstruction had the option of a two-minute minor penalty.  These fouls now ADD the option for a five-minute major or a game disqualification.  This and all other rule changes and the points of emphasis will be reviewed and explained at the coaches and captains meeting by the NIHOA rules interpreters.  Lev Torgerson is also a member of the NFHS Ice hockey Rules Committee and has three years left on his term which is a big plus for Connecticut.

Tournament Sites – George announced that Ingalls Rink will continue to be the site of the 2015-16 semi-final and final games.  The quarter-finals at Yale is always a hit or miss thing depending on Yale’s ECAC tournament rankings.  Howard Saffin is no longer connected with the Islanders or the Harbor Yard Arena, but Charlie Dowd made it known that they are still interested in hosting a quarter-final doubleheader or a single game at Bridgeport, if the match-ups were conducive for that site.  They are also interested in continuing to discuss the semi-final and final rounds.

Tournament Dedication – A preliminary discussion regarding the tournament dedication took place.  Committee members with suggestions can contact George Hall.  Tom shared the impressive list of past recipients with the committee.

Adjournment –  With no further business, the meeting was adjourned at 5:00 p.m.  The next committee function will be the Coaches and Captains meeting on Wednesday, November 4, 2015.  Pizza will be served starting at 6:00 p.m. and the program will begin at 7:00 p.m.  The next official meeting of the committee is Thursday, March 3, 2015 at 12:15 p.m.  NOTE:  This meeting needs to be at 12:15 p.m. since all the rooms are booked with meetings until that time.