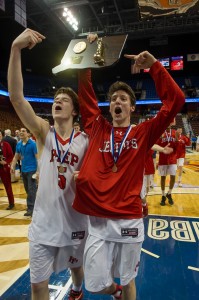 By Ned Griffen – MaxPreps.com – It’s a bit easier compiling a list of 10 boys basketball teams to watch during the CIAC tournament than it was for girls, simply because not as many conference tournaments went as haywire.

Well, all the top seeds lost in the Central Connecticut Conference quarterfinals. And, yeah, Danbury was supposed to win the Fairfield County Interscholastic Athletic Conference and was instead shocked by sixth-seeded Westhill of Stamford. Other than that, Fairfield Prep won another Southern Connecticut Conference title, Hillhouse of New Haven gave it a challenge, and Sacred Heart of Waterbury continued its scorched-Earth policy in the Naugatuck Valley League. Here, then, are teams that seem to have the best chance to win one of the four division championships which begin tonight with Class LL and M.

Click here to read the full story at MaxPreps.com