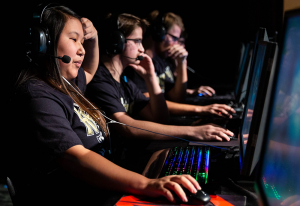 Registration is now open for Fall 2022. Quickly get started below or schedule a call with a PlayVS school activation specialist to walk you through building an esports program and answer any questions you might have.

Get Started With The Fall Season

PlayVS has provided the following helpful documents if you are trying to decide or want more information on getting esports started at your school. There is also information regarding the technical process needed to get a team up and running. Check out any of the following documents which will hopefully answer your questions and get your school ready to take part in Season One.

■       League of Legends  – League of Legends (LoL) is a multiplayer online battle arena (MOBA) game developed by Riot Games in 2009. This PC-only game is free-to-play and boasts more than 115 million players. It has also become the world’s most popular esport with 12 leagues competing around the world. The 2019 World Championship had over 100 million viewers, including in-person and online fans.

■       Rocket League  – Rocket League is a fantastical sport-based video game, developed by Psyonix. Many would say it’s like “soccer with cars”. It features a competitive game mode based on teamwork and outmaneuvering opponents.

What Season Zero teams are saying:

“Esports brings out the best in people and really show the flame of passion that people have towards a game where it takes grit and grime to play at a competitive level.” – Antonio Valdez, Manchester High School Team Captain

“When I saw them senior year and they were involved in our esports team, they were leaders, they were captains,” Warner said. “Their personality came out and shined, their confidence was strongly there. It just blew my mind. This is unbelievable that it can take kids that in certain areas of the school, don’t have their confidence quite yet, but it allows them to take an area and let them shine.” – Sam Warner, Manchester High School Coach

Esports in the CT news:
Jeff Jacobs: A new breed of high school legends born in state’s esports league
The Hartford Courant: Esports is sweeping the nation and Connecticut high schools are the latest groups to join in 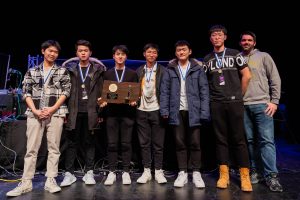 Get your school signed up and invite players to start building your esports team today!

If you have any questions about the platform, the onboarding process, the league, etc.,
please contact support

If you have any questions about the platform, the onboarding process, the league, etc., please contact support