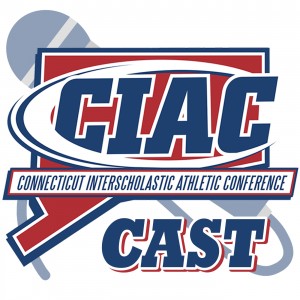 For fans that simply can’t get enough conversation about high school sports, the CIAC presents CIACcast.

The ‘Cast features news you might have missed, a behind-the-scenes look at the CIAC, and conversations with media members, coaches and other notable figures from the Connecticut High School sports world.

You’ll want to check out the CIACcast regularly to insure you are part of the conversation. To subscribe to the CIACcast via iTunes, Google Play or Stitcher using the button above. If you are not using iTunes and your podcast player requires a feed URL to subscribe, use:

Or you can listen to individual episodes directly via the episode list below.