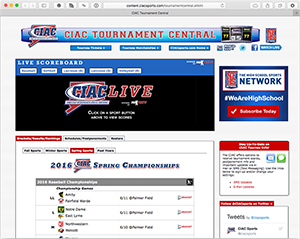 CHESHIRE, Conn. – Due to the use of an ineligible player, Danbury High School has been disqualified from the CIAC Class LL Boys Soccer Tournament. Per CIAC by-laws, Shelton High School, Danbury’s semifinal opponent, will move forward in the tournament and play Farmington High School in the championship match, Saturday November 19 at Willow Brook Park at 2 p.m.

Danbury use of the ineligible player was confirmed this morning and was discovered after its 4-2 victory against Shelton in a semifinal match on November 15.