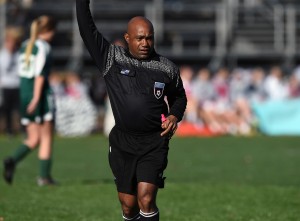 The CIAC soccer committee voted to approve a change in the red/yellow card team penalty accumulation rules. These changes will be in place for the 2018 fall season.

The changes apply to the rule that “All schools that accumulate thirteen (13) or more red and/or yellow cards during the regular season and tournaments will be placed on probation for the next season.” The committee wanted to address concerns that teams that qualify and compete in league and/or CIAC postseason games might play as many as seven additional games beyond the regular season, and thus have far more opportunity to accumulate cards towards the probation total.

This issue has been of concern for member school soccer programs and administrators for many years and CIAC staff is grateful to the soccer committee members for their efforts in moving this change forward and to the membership for bringing the concern to the forefront.