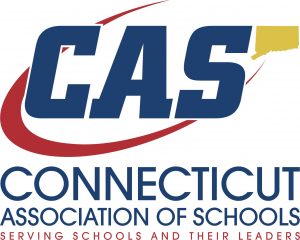 CHESHIRE, Conn. – As a new high school sports season is set to get underway, CAS-CIAC has awarded six high schools a total of $21,400 as the first recipients of the J. Robert Ford Athletic Grant program. The grant, which was launched in April, is designed to support schools demonstrating significant need in their efforts to provide basic athletic programs and services. The grant program is supported through generosity of sponsors, which has allowed CAS to establish the CAS Foundation that is able to support projects or programs that would not otherwise be afforded by CAS-CIAC member schools.

“CAS-CIAC is thrilled to be able to provide the type of support afforded by the Ford Grants to our member schools,” CAS-CIAC Executive Director Glenn Lungarini stated. “It is an unfortunate reality that despite their best efforts some of our member schools don’t always have the resources needed to provide the kind of athletic experiences their students crave. If through these grants CAS-CIAC can make the experience even a little bit better for our membership, it’s very rewarding.”

The Ford Grant program was shared with schools in April and the rolling deadline provides an option for additional schools to request grants as needs arise throughout the school year.

Bridgeport Central and CREC will both be using the funds to provide and replace outdated football equipment. Parish Hill will be replacing unsafe equipment for its track program. Bristol Central is using the funds for football training equipment designed to enhance player safety. Harding will be covering transportation costs for its wrestling program which has been relying on public donations and fund raising to remain in existence in recent years. Bloomfield will be purchasing and replacing equipment in three different sports that will help provide a safer and improved practice experience.

The Ford Grant is named in honor of J. Robert Ford a long-time coach, basketball official, educator and high school administrator who also worked as the Director of Development for CAS-CIAC. In that role he was critical in the creation of the CAS Foundation and CAS-CIAC is proud to award the J. Robert Ford Athletic Grants in honor of a man who contributed greatly to the success of the organization.