With the fall regular season winding down, the schedule is thinning out a bit on the NFHS Network as there are 44 competitions scheduled to be streamed, including some interesting postseason event. Check out all the upcoming and live events here https://www.nfhsnetwork.com/CIAC or go to the landing page for your favorite team. Here are a few selections to watch this week, and remember a one-month membership to view all these games and more is just $9.99. All photos courtesy of MaxPreps. 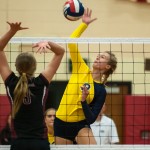 Monday, 10/22, Joel Barlow vs. Bethel girls volleyball, 5:30 p.m.: With the regular season concluding fans get a chance to check out a team enjoying one of the best regular seasons in girls volleyball in a South-West Conference clash. Joel Barlow with its unblemished 17-0 record hits the road to take on Bethel as it tries to complete an unbeaten regular campaign. Barlow has dropped just three sets all season and has won its last nine matches by 3-0 scores. Bethel will try to make a big statement by handing Barlow its first loss and will also move a match above .500 with a victory.

Monday, 10/22, Wilton vs. Fairfield Ludlowe girls soccer, 5:30 p.m.: Go split screen on the Network Monday night and also catch this critical late-season girls soccer battle between Wilton and Fairfield Ludlowe. It’s a match that will be crucial for league postseason qualification and positioning with the schedule winding down. Wilton enters the week in sixth place in the FCIAC standing where the top eight teams qualify for the postseason, but the three teams below them are all within striking distance, including Ludlowe. Wilton has two matches left to try and secure its position, while this will be the regular season finale for Ludlowe. The Falcons are sitting one point out of the post season position, so they will need at least a tie to have any chance of vaulting into the top-8 and earning a league postseason berth. High drama and high stakes for this one. 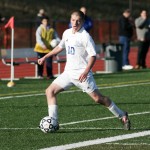 Tuesday, 10/23, E.O. Smith vs. Enfield boys soccer, 6 p.m.: The only game on the schedule for Tuesday night brings us to a new NFHS Network venue as Enfield hosts E.O. Smith in a CCC boys soccer showdown. It’s the final home match of the year for Enfield which has three contests remaining overall, and will need to close strong to try and reach the forty-percent threshold to earn a CIAC tournament berth. The team is 4-8-1 entering the week and has won three of its last four home matches, including a key 3-2 win over Platt last week. E.O. Smith claimed a 2-0 against Enfield in the first meeting between the two this season and is also coming off a win, having beaten Plainville 1-0 last Thursday to snap a five-match winless streak. At 7-5-1 the team is comfortably in the postseason but is looking to regain its early-season form when it opened the season 6-1-1 through its first eight. 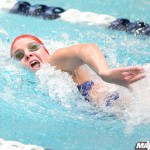 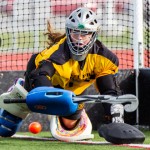 Thursday, 10/25, North Haven vs. Shelton field hockey, 7 p.m.: The only varsity contest on the schedule for Thursday night has a contest that is compelling in its own way as Shelton hosts North Haven in field hockey. The teams will square off in back-to-back games on Wednesday and Thursday, and both teams enter the week looking for its first victory of the season. So while the impact on the league or CIAC standings will be minimal, it should be a compelling conclusion to the season for two teams that have continued to battle and compete throughout the season. Shelton will also be playing just its third match on its home turf after construction had them playing at different venues in the early portion of the season. 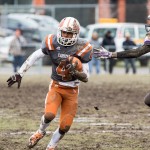 Friday, 10/26, Newtown vs. Bunnell football, 7 p.m.: Now this should be fun. A pair of unbeaten conference rivals square off in a big football match-up with 6-0 Newtown hitting the road to take on 6-0 Bunnell. This will be far the biggest test thus far for the home Bulldogs which is off to a 6-0 start for the first time since the 2011 season. Both teams are currently in the top-6 in their respective CIAC Divisions (Newtown LL; Bunnell L) and a win for either would be big in a quest to both earn a postseason spot and the possibility for home postseason games. Bunnell handed Newtown a 40-0 victory last season and the Nighthawks will try and avenge that set-back and continue its impressive 2018 which has them outscoring opponents by an average of 42 points per game. Fans can also start getting a taste for postseason play on Friday night as the Network teams with LocalLive to stream an FCIAC Boys Soccer Quarterfinal. 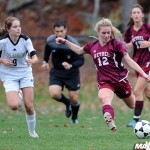 Saturday, 10/27, Immaculate vs. Weston girls & boys soccer, 4:40 & 7 p.m.: If that Friday night boys soccer postseason game got you in the mood for postseason competition, you can follow it up by checking out a pair of SWC soccer quarterfinals as Weston hosts Immaculate in back-to-back contests on Saturday. The girls game goes first at 4:30 followed by the boys contest at 7 p.m. Weston earned a 2-1 win during the regular season meeting on the girls side, while the two teams played to a 1-1 draw during the regular season in boys competition.