The winter sports season has hit its stride and with the NFHS Network broadcasting from a handful of gymnasiums around the state, that provides a bounty of games to choose from. The Network is scheduled to broadcast approximately 90 contests across Connecticut this week, so let’s take a look at a few to highlight. Check out all the upcoming and live events here https://www.nfhsnetwork.com/CIAC or go to the landing page for your favorite team. Here are a few selections to watch this week, and remember a one-month membership to view all these games and more is just $9.99. All photos courtesy of MaxPreps. 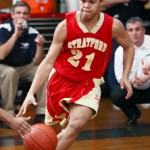 Monday, 1/7, Notre Dame-West Haven vs. Shelton boys basketball, 7 p.m.: A big clash in the Southern Connecticut Conference opens the week as Shelton hosts unbeaten Notre Dame-West Haven. Shelton sits at 4-1 with its only loss coming on the road before the new year, and the team is a perfect 2-0 at home in the young season. The Green Knights are one of only three unbeaten teams in the CIAC Division I rankings through the early part of the season. After a narrow season-opening win against a strong East Lyme team on the road, Notre Dame has won each of its next five games by at least nine points. 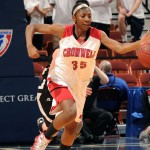 Tuesday, 1/8, E.O. Smith vs. Enfield girls basketball, 6:45 p.m.: Tuesday brings a good girls basketball matchup in the northern part of the state with Enfield hosting E.O. Smith. A Class LL semifinalist last season, Enfield is trying to find its footing this year as the squad is off to a 2-6 start. The team did win its first contest of 2019 with a road victory over CCC foe Tolland, and now gets a chance to continue its progress with consecutive home games starting by hosting E.O. Smith. After finishing 13-7 last year, the Panthers have stormed out of the gates this year with a 6-1 record and its only loss coming by a narrow three-point margin. 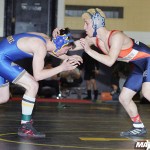 Wednesday, 1/9, Joel Barlow vs. Bethel wrestling, 6 p.m.: We move from the basketball courts to the wrestling mats as a pair of SWC teams provide an excellent contest to watch on Wednesday night. Bethel hosts Joel Barlow in a crossover match dual meet as the teams start moving towards the heart of their seasons. Joel Barlow was the runner-up in the SWC championships and has dual-meet wins over SWC foes Bunnell, Brookfield, and New Fairfield already on its schedule. Senior Eamon Toland Matos was an honorable mention All-Conference performer for Bethel last season and leads a team with eight upperclassmen on its roster this year.

Thursday, 1/10, Ridgefield vs. Fairfield Ludlowe girls basketball, 7 p.m.: Now it’s Fairfield County’s turn to get the featured spotlight with a good conference match-up between Ridgefield and Fairfield Ludlowe taking center stage on a Thursday night. After a 3-1 start to the year, the Tigers have dropped three straight in conference play coming into the week and need to right the ship before it gets much deeper into the season. Ludlowe has a strong 5-2 mark to open the year including a pair of victories at a holiday tournament right after Christmas . Thursday’s game will be just its fourth on its home floor and the team has hung its hat on defense in the early season, limiting opponents to just under 40 points per game in its five wins.

Friday, 1/11, Kolbe Cathedral vs. Bunnell boys basketball, 7 p.m.: The SWC provides an intriguing contest for a Friday night with Kolbe Cathedral traveling to Bunnell. Kolbe is the defending Division IV champion and has started slowly against a tough non-conference schedule with a record of 2-5 entering the week. However one of those wins came in thrilling fashion against Bunnell as the teams played a one-point overtime game won by the Cougars. Bunnell is in the midst of a long home stand in which the team will play seven straight home games and it has earned wins in three of the first four of those outings to move its overall record to 4-3.

Saturday, 1/12, Wilton vs. Weston girls basketball, 4 p.m.: If the NFL playoffs aren’t your thing, or you want a second-screen experience, check out this intra-conference girls basketball contest between local rivals Wilton and Weston on a Saturday afternoon. This will be the finale in a three-game week for Wilton which closed last week by snapping a five-game losing streak with a road victory over Westhill. Offense has been the challenge for Wilton in the early season as the team has reached the 40-point mark twice in seven games. Weston has had a fairly light schedule thus far with only five games played coming into the week and an overall record of 3-2. It also has three games scheduled for the week and will be playing on consecutive days when it plays on Saturday after traveling to square off against Masuk on Friday.