New Coach Not A Problem For Bacon Academy Boys Soccer 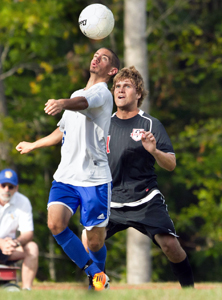 Concurrently, Bacon was open to being led by someone with Storton’s background, even if he was its third coach in three seasons.

So far, Bacon and Storton have been a good match. The Bobcats will take a 9-0 record into Friday’s match against Windham, and are ranked No. 1 in the Connecticut Soccer Coaches Association Medium/Small Division Top 10 poll.