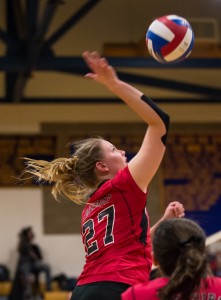 When the CIAC reached an agreement with PlayOn! Sports in the spring of 2012 to begin live web streaming regular season and most prominently championship events the excitement was evident. This was an opportunity to enhance the experience for the student-athletes and fans by bringing the games to a wider audience across the state. It turns out the expectations were a touch low and that the audience for high school competition would extend well beyond the Connecticut borders.

After covering a limited number of championship contests in the spring of 2012, the CIAC Network was fully launched with nearly 20 regular season football games broadcast live. Fall championship season is when the action really began to heat up with the CIAC Network carrying live coverage of championship competition in field hockey, boys and girls soccer, girls swimming & diving, and football. In total 22 postseason events were carried live, as well as a highlight package of the state cross country championships.

With that much competition available to view online it stands to reason that friends, family, and fans unable to attend the games would check out the action, or even that those in attendance might follow the action on their mobile devices. That was the case for the overwhelming majority of the viewers, but the stories kept trickling in about ways the new availability of CIAC postseason action was connecting people from far greater distances.

At first, it would seem that the athletes would be the biggest beneficiaries of the exposure, but for them their likely viewing audience often sees the games in person as they live in the area. In fact it seemed to be the coaches whose viewing interests could hail from anywhere that most appreciated the added coverage.

“For me personally, I was so happy my family got to watch,” explained Bristol Eastern volleyball coach Stacy Rivoira whose team captured the Class L title. “My brother watched on the beach in Florida and my other brother, who has never seen me coach before, watched in San Francisco. My mother-in-law watched her first ever volleyball game at the Cape. It was amazing for me, and my players loved that so many people were interested.”

The viewership was not limited to the continental United States, with fans checking in from all over the globe to support their teams. 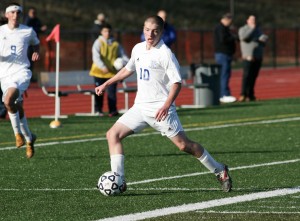 The boys soccer Class M Championship was viewed overseas as Bacon Academy coach Andrew Storton explained, “my family in England streamed the match on the iPad and wired it up to the TV.” Similarly Northwest Catholic girls soccer coach Todd Sadler noted that, “we had many grandparents watching from different parts of the country, and my parents and brother back in Canada watched the stream as well.”

For some schools the streaming opportunities helped to connect school constituents. The camaraderie of coaching staffs was enhanced with those who weren’t able to find a way to attend the games checking them out online. Similarly, several schools used the streams as a way to reconnect with alumni in an effort to keep them involved with their schools.

“We have an extensive alumni network and I know for certain that many former players watched the game from afar,” noted Mark Beigel the Suffield boys soccer coach. “Our school also used it as part of a celebration of the team, and the broadcasts are a great resource to be able to go back and relive the moments.”

The Haddam-Killingworth field hockey team earned a field hockey title in Class S and coach Patricia Kamerica had the support of a fellow coach as she pointed out, “our softball coach was able to watch the championship match on the beach in St. Thomas and he said both the picture and sound was terrific.”

Maintaining that pride is a valuable resource for schools, and one that benefits the athletics department as a whole, and can improve the experience for the current students. 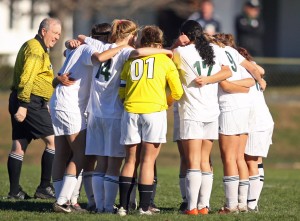 Northwest Catholic’s girls soccer title run was followed by fans on-line across the country and in Canada. MaxPreps photo by Scott Caricato.

All these examples of how the partnership between PlayOn! Sports and the CIAC speak to the value of making the high school competition accessible for as many people as possible. But as always, the experience for the students is the primary focus. In two instances, the live streams of fall championships connected students with family in ways that are hard to quantify.

The Cheshire volleyball team advanced to the Class LL final with the help of Norwegian exchange student Lisa Walle. Along with the general challenges of adapting to a school year in the United States, her volleyball contributions had gone unseen by her family. But in the championship match against Darien, Walle’s family in Norway was able to watch the match on-line, giving her and her parents a connection that would not have been possible otherwise.

The same can be said for E.O Smith swimmer Siobhan Dale who competed at the Girls Swimming State Open. The sophomore had family watching in Vermont, but the reach also extended all the way to New Zealand where her grandmother and uncle woke up at 5 a.m. to follow the broadcast.

“This was the first high school event her relatives have been able to see,” explained Siobhan’s mother Kate Dale. She pleased her family by finishing second in the 50 yard freestyle and third in the 100 yard freestyle.

The meet itself and the opportunity to view it from a distance was particularly meaningful this year for the family. “Siobhan’s grandfather from New Zealand passed away in September,” Dale’s mother explained. “Siobhan was racing with his initials and a small star written in sharpie on her wrist. It meant the world for her grandmother to be able to see the race that Siobhan was swimming in honor of her grandfather.”

The CIAC Network is in its infancy, and yet the benefits for students, parents and fans have already been felt. There are many more stories to tell, connections to be made and fans to reach over the coming years.

Schools interested in broadcasting their own events and the PlayOn! School Broadcast Program can go here

Fans can view past broadcasts and order DVDs at CIAC.tv