An Eye On The CIAC 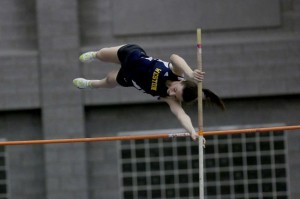 This time the recurring feature An Eye On The CIAC appears on its regularly scheduled Monday afternoon. As always, this is simply a glance around the state, highlighting some of the more interesting results and games from the past week.

RANKINGS WATCH
As explained last week, each Monday we take a look at the movement within the top-10 of the CIAC Tournament Rankings which can be found on CIACsports.com.
CIAC On TV
CPTV Sports will be carrying one live boys basketball game this week, and it will be a game featuring the top ranked team in Class S as Granby Memorial hosts Avon. The two teams have a combined record of 26-3 as Avon sits in the middle of the Class L rankings. The game will be shown live at 7 p.m. on Friday, February 8. In addition there will be a plethora of previously played games shown throughout the week, so check CPTVsports.org for the listings.
Filed Under: Boys Basketball, Boys Ice Hockey, Featured, Girls Basketball, Girls Gymnastics, Indoor Track, Uncategorized
← NFHS Updates Coaching Today Site
CIAC Tournament Central →