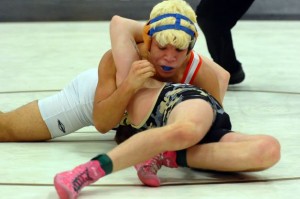 Happy President’s Day to everyone. The Eye On The CIAC focuses in on the beginning of the winter championships (though the championships actually began two weeks ago, before the weather decided not to cooperate). This past week saw titles captured in the class meets in both indoor track & field and wrestling. In addition, the girls gymnastics pairings will be released by noon on Wednesday, while the girls basketball pairings will be posted by noon on Friday. To keep up-to-date with the latest tournament info, a good bet is to bookmark the CIAC Tournament Central page and to follow the CIAC on twitter and/or signing up for email or text message updates on the “Latest Updates” tab at CIAC Tournament Central. We begin the quick glance around the CIAC with those championship contests that took place this past week.

RANKINGS WATCH
Each Monday we take a look at any major movement in the top-10 of the CIAC Tournament Rankings for those sports where it is provided.
CIAC On TV
No live coverage of high school competition this week on CPTV Sports but the CIAC Network will provide live coverage of the Indoor Track & Field Open and the Wrestling Open. CPTV Sports will also have the coverage of the Indoor Track Open later in the week, airing Thursday and Friday evening.
Filed Under: Boys Basketball, Boys Ice Hockey, Boys Swimming and Diving, Featured, Girls Basketball, Girls Gymnastics, Indoor Track
← Linked Up – 2/15/2013
Valley Regional Enjoying Consistent Boys Basketball Success →