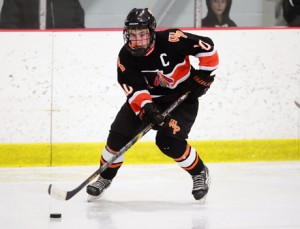 Vic Vicenzi believes the CIAC Division II boys hockey tournament is as wide-open as any he’s seen in years, and that the teams that played harder schedules have given themselves a bit of an edge.

Vicenzi did what he could to toughen up his Watertown/Pomperaug (Watertown, Conn.) team as they’ve played – and beaten – some of the state’s best Division II competition.

“Numbers don’t mean much to me. It’s about getting the kids to improve every game and every practice.”

The Indians will be seeded third when the state tournament starts next week. They were 14-5-1 headed into Thursday’s South-West Conference playoff semifinals, and two years removed from winning the state Division III title, the first in program history.