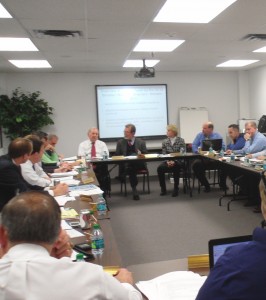 CHESHIRE,Conn.– The Connecticut Interscholastic Athletic Conference Board of Control met for its monthly meeting of the school year in Cheshire on Thursday, October 24.

On the agenda were six voting items for the Board, two of which were administrative approvals of previous meeting minutes and treasurer’s report. The Board did approve four other items which were:

The Board of Control is scheduled to meet again on Thursday, November 21.