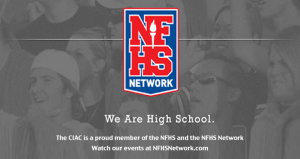 Championship weekend in the CIAC meant action across the state, giving fans plenty of opportunity to see tremendous championship action. Now with the NFHS Network, fans don’t have to limit their enjoyment to the games they attended. On top of that, the Network allows fans, parents, and the athletes themselves the opportunity to remember the thrills of the championship contests by checking out the contests On-Demand.

It also gives CIACsports.com a chance to present a (very) few highlights from the weekend that was. Just a small handful of the standout plays from a thrilling and compelling weekend of action.

Field Hockey:
A stout Lauralton Hall defense stood in the way of Wilton’s quest for a third-straight field hockey title. Until this penalty corner with no time left on the clock in overtime.

Girls Volleyball:
Several writers described the class L final between RHAM and Farmington as one of the best matches they had ever seen. For RHAM, it was all about the comebacks, including a final one in the fifth set that saw the Sachems win the final two points to capture the title.

Boys Soccer:
His offense gave him an early cushion, but the play of Cromwell keeper Ryan Murphy was a big story as he made many spectacular saves to earn the shutout, including the one featured below.

Girls Swimming & Diving:
It was an FCIAC kind of day at the Girls Swimming Open, with Darien rolling to its second-straight title. The meet-opening 200 medley relay was among the closest finishes of the day, with Darien staking its early claim to the title by edging the field.

Girls Soccer:
Sometimes the only thing standing between a state championship and a runner-up performance, particularly in soccer, is an individual moment of brilliance. In the class M final between Waterford and Haddam-Killingworth, Claire Hurley provided that moment of brilliance.