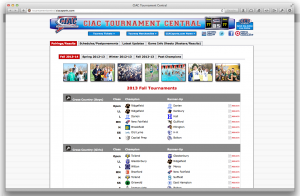 CHESHIRE, Conn. – Due to icy conditions leading to safety concerns at West Haven High School and still dangerous travel in the area, the CIAC class LL football final between Southington and Fairfield Prep has been tentatively postponed to Monday, December 16 at 7 p.m. at West Haven.

A decision on whether or not the game will be played on Monday evening will be made no later than Monday morning at 10 a.m.

The winter storm that forced the original postponement of the game on Saturday left ice on the bleachers at West Haven, making the venue currently unsafe for spectators. Many area roads are also still being cleaned, making travel to the game difficult.