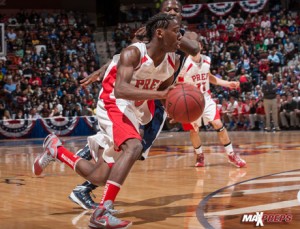 Much was expected of the Fairfield Prep boys basketball team this season, given their strengths. They returned four starters from a team that played for the CIAC Class LL championship a year ago and only lost to eventual champ Hillhouse of New Haven.

Resiliency is another talent the Jesuits have developed this season. They’ve been without starting guard Ryan Murphy (ankle) for the past five games, and last Sunday they struggled to shoot and stay out of foul trouble against fellow Connecticut power Career.

Prep rallied in the fourth quarter and ground out a 63-58 road win over the previously unbeaten Panthers.

Fairfield Prep (11-0) has been the No. 1-ranked team in the New Haven Register Top 10 poll all season.

“We’re younger than people think,” Prep coach Leo Redgate said. People think we have this incredible team and that’s good, but we’re also a young team. So we’re learning how to win these tough games. We certainly ground it out.”

Senior guard Keith Pettway said, “I would say we finish strong, that’s what Coach tells us to do. Always finish strong and keep playing hard.”

Paschal Chukwu and Murphy are two big reasons why the Jesuits have received so much attention. Chukwu, a 7-foot-2 senior center, has given Providence a verbal commitment. Murphy is a sophomore guard who’s already drawing attention from Division I programs.