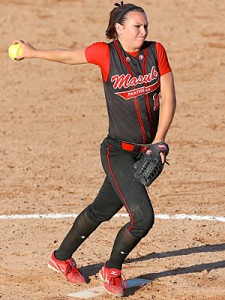 Led by a group of pitchers who combined to average two strikeouts per inning, the MaxPreps 2014 Preseason All-American Softball Team is as impressive as any which has come before it.

Heading up the list of pitchers are four who were unbeaten in 2013 — Jess Cummings of Northern (Owings, Md.), Katie Brignac of Curtis (River Ridge, La.), Tatum Buckley of Masuk (Monroe, Conn.) and Elizabeth Moss of Greenwood (Bowling Green, Ky.).