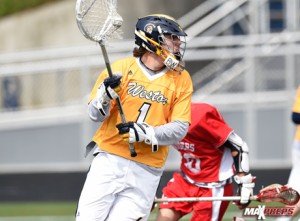 After building a five-goal second-half lead, Weston saw St. Joseph’s rally to tie the score before pulling out an 8-7 win.

Limone finished with 15 saves, including several stops on one-on-one chances from point-blank range.

Now a senior, the Loyola University-bound Limone is confident the Trojans are in good position to win a state title for the third time in the last five years, despite an up-and-down regular season.

“We’re where we want to be heading into playoffs,” Limone said. “We hit a little bit of a rough patch in the middle of the season, but we weathered that storm and are getting better every day, which is what you want at this point of the season.  I think we are in a good position to make a run in the postseason.”