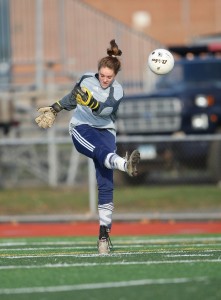 Perennially strong Immaculate has been on a steady rankings rise. Photo by Paul Stockmann, MaxPreps.

Ten days from today will be the final day to count for CIAC fall sports with the exception of girls swimming and football. This means, quite simply, that the ranking movement we see now may be schools settling into their final spots in the respective top-10 rankings with the postseason imminent. This is a fun time of year, and keeping an eye on the rankings is a part of that fun.