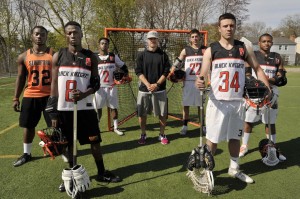 Being a part of the Stamford lacrosse team has been life changing for some athletes. Jason Rearick – Stamford Advocate.

Pairings and league championships are the big story today, but that doesn’t mean we can’t take a moment to highlight some great stories. As always, lots of interesting athletes and coaches covered in this edition and hopefully it whets the appetite for a few great weeks of CIAC tournament competition.