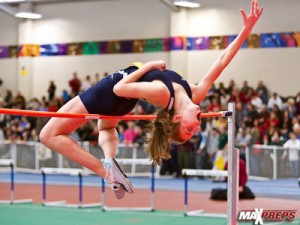 Due to an event conflict at the Reggie Lewis Center in Boston, there has been a date change from the date previously publicized for the New England Indoor Track & Field Championship. The event this season will be held on Sunday, February 28 at 1 p.m. The change is due to an Atlantic Coast Conference event which is taking place at the Reggie Lewis Center the previous days.

The change was made by the New England Council after the printing of the CIAC Handbook and other materials, so is different than has been published in other locations. Coaches, schools and athletes should make note of the date change and plan accordingly.