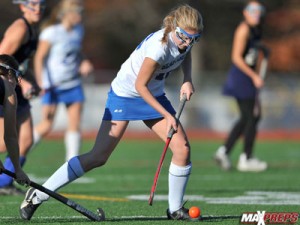 The meeting was called to order by Chairman Bob Hale.

Reviewed Pairings – Produced by CIAC and confirmed times and locations.  Dawn had done a lot of work ahead of time to nail down times and locations for the first round.  We left with only one TBA.  The pairings were approved and turned into Matt at a committee record time of 9:36.

Reviewed Semi-final Sites – Dawn discussed the difficulties of finding appropriate semi-final sites.  Conflicts with other sports tournaments as well as local school programs make it difficult to find sites that can host double-headers (which we would prefer).  Dawn has ten sites available and determinations will be made based on the best locations for participating teams.  She will emphasize that any postponement will have to be rescheduled for the next day, including Sunday, after 12:30 p.m.  She also stated that Class L will utilize Friday and Saturday to provide some flexibility for field conflicts.

Waiver for Face mask Without Goggles – The CIAC office approved a waiver for one player from Greenwich who was medically required to wear a custom facemask.  After trying unsuccessfully to use it with the goggles, the school petitioned for a waiver.  This was granted and Debbie will inform the officials working the Greenwich games of the waiver and Joe will notify their opponents.

A discussion of use of face masks ensued.  We will await a decision from NFHS regarding a proposal to ban the use of face masks in field hockey.  Once the 2016 rules are finalized, the long-standing position of the CIAC Board of Control is to fully comply with the NFHS field hockey rules.

Finals Site and Game Times – Mike Maltese stated that the school is still under construction, but the parking situation will be a little better than last year.  Although there is a rotation for the start times for the various classes, specific times information can’t be finalized at this time because we may have to make adjustments for other factors.  The final decision relative to start times for the three (3) final games will be made by the tournament director, in consultation with the Chair and the CIAC liaison.  Tentative times will be 10:00 a.m., 12:00 p.m. and 2:00 p.m.

Adjournment – With no further business, the meeting was adjourned.  The next meeting of the committee is Thursday, January 28, 2016 at 3:30 p.m.