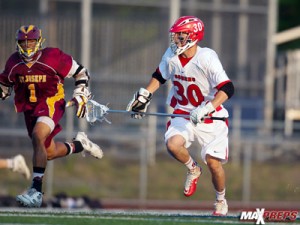 Call to Order – The meeting was called to order by Ralph Mayo at 3:35 p.m.

Update Roster – The committee members updated the roster and agreed to call a number of individuals who have not attended our scheduled meetings in several years.  We will also reach out to individuals who may be interested in joining the committee.

Minutes – By unanimous consent, the minutes of May 28, 2015 were read and approved.

Review of 2015 Tournament – The committee reviewed the results of the 2015 tournament that were compiled by Dave Leete and the 2016 tournament recommendations were discussed.  Special thanks to Steve Trifone, Jon Capone and Joe Madaffari for their support and use of their fine facilities for the semi-final and final games.  Joe Tonelli stated that emphasizing the times of the championship games in the packet relative to the ACT and SAT information worked well as we received very few complaints about the game times.  The coaches did an excellent job in getting the word out to their teams.  Net income was down about $3,000 partially because weather issues for the girls semi-finals forced us to play some of the boys and girls semi-final games on the same night.  The adult ticket prices in all sports will be raised from $8 to $10 to help to increase income.

2016 Tournament Packet Including Division Breakdowns – Dave Leete went through the revisions he made to the twenty-second annual CIAC Boys Lacrosse Tournament packet.  The committee will continue to schedule the tournament like last year in order to avoid conflicts that we had in previous years with the SAT’s, proms and other school events.  He outlined the dates for the first practice and for the first scheduled game.  There are now ninety-six teams playing boys lacrosse in Connecticut.  Each of the three divisions will now have thirty-two teams.  Dave outlined the teams that changed divisions based on enrollment.  It was stated and agreed that if any new varsity teams are formed prior to the 2016 season they will be placed in the appropriate division by enrollment, with no change for other schools already placed.

NFHS Rule Changes – Dave Leete, a member of the NFHS rules committee was sworn to secrecy since the new rules have not been officially released.  However, after Ralph put some “truth serum” in his water, Dave reluctantly reviewed some of the rule changes for the 2015-16 season that were developed and finalized by the NFHS Lacrosse Rules Committee over the summer.  The rules changes will be covered at the pre-season meeting.  The new rules will be included in the 2016 packet.  Dave highlighted the change in the face-off rule, which will now mirror the NCAA rule.  He also discussed the upcoming changes to stick dimensions as well as the over and back rule.

Out-of-State Games – The committee was encouraged to roll back the deadline in order to minimize assigning rating points to member schools for wins against out-of-state teams in tournament play.  The cut-off date will now be Saturday, May 21 at midnight.

Other Business – Steve Wysowski mentioned that player safety is the primary concern in all NFHS sports and hits to the head and illegal hits to defenseless players need to be penalized.  Coaches need to remind their players about this and officials can continue to be proactive by reminding the coaches and captains that these types of hits will be penalized which could result in ejection from the game.

Adjournment – With no further business the meeting was adjourned at 4:30 p.m.  The next boys lacrosse committee meeting will be held on Thursday, May 26 at 9:00 a.m. at the CIAC offices in Cheshire, CT.  This is the pairings meeting.