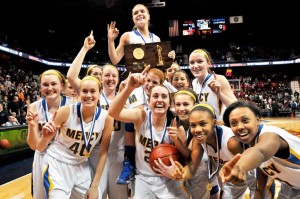 By Ned Griffen – MaxPreps.com – Assembling this list would’ve been so much easier before last week’s conference tournaments put the girls basketball season on tilt.

It was already going to be difficult to narrow this list down to 10 teams. One could sensibly name several teams that could win a Class LL tournament deeper than the Mariana Trench.

It won’t be a surprise if someone not on this list hoists one of the CIAC’s four state championships.

Click here to read the full story at MaxPreps.com